In a letter to legislators, National Right to Life’s legislative team writes:

The RHNDA prohibits employers within the District from engaging in "discrimination" on the basis of "decisions" reached by employees, or potential employees, regarding "reproductive health" matters.  It is not disputed that abortion is among the matters encompassed by the term "reproductive health" as used in the new law.  The scope of the RHNDA is very broad, covering any "decisions" that are "related to the use . . . of a particular . . . medical service . . ." [emphasis added]

The National Right to Life Committee (NRLC) advocates for recognition that each unborn child is a member of the human family, and that each abortion stops a beating heart and ends the life of a developing human being.  That viewpoint is shared by many women who once believed otherwise and submitted to abortions, and by many men who once believed otherwise and were complicit in abortion; such persons number among the most committed activists within our organization and other pro-life organizations.  Yet it would be intolerable for an advocacy organization such as ours to be required to hire, or prohibited from firing, a person who makes a "decision" to engage in advocacy or any other activity that is directly antithetical to our core mission to lawfully advocate for the civil rights of the unborn.

Under the RHNDA, using any "decision . . . related to" abortion to inform decisions about hiring, firing, or benefits (among other things) would expose our organization both to enforcement actions by the District government bureaucracy, and to private lawsuits (some of which would likely be engendered by "sting" operations by pro-abortion advocates).

LEARN MORE
Posted by Right to Life of Michigan at 10:55 AM

New job opening at Right to Life of Michigan

At Right to Life of Michigan we have a new job opening for Director of Communication/Education. Applications are due by May 7.

Learn more about this exciting opportunity at our web site.
Posted by Right to Life of Michigan at 4:07 PM

Democrats repeatedly blocked an earlier version of the proposal, arguing it would create an expansion of the Hyde Amendment, which restricts the use of federal funds for abortions.

The deal that resolved the stalemate requires money for the victims’ fund to come from two sources: criminal fines and money that Congress previously appropriated.

Republicans also shot down a last-ditch effort by Democrats to strip the abortion provisions from the legislation, which if successful would likely have killed the bill.


Posted by Right to Life of Michigan at 4:40 PM

Two Dynamics: Chemical Abortions and Women from Other States Coming to Michigan

Michigan residents received 95.3 percent of the induced abortions that occurred in Michigan in 2014. The data shows an increase in the number of women from other states coming to Michigan for abortions; in 2013 there were 708 non-Michigan residents who had abortions and in 2014 that number increased to 1,317.

The trend of declining abortions committed on girls under the age of 18 continued. In 1990, 3,820 abortions on minors were reported. The reported figure for 2014 is 917. This represents a 76 percent decrease since 1990.

No matter what the procedure or where the mothers come from to have an abortion, we are deeply saddened by the loss of precious lives. While the overall trend of decreasing abortions is encouraging, this year’s increase and the annual overall numbers serve as a reminder that our prolife efforts must continue - lives depend on us.

Michigan Department of Community Health 2014 - Abortions by County of Residence
Posted by Right to Life of Michigan at 11:11 AM

In 2009, Antonesha Ross died after receiving an abortion at Women's Aid Clinic in Illinois.  In an effort to get out of paying a state fine for one of their patients dying and the deplorable conditions at the clinic, the abortion clinic changed their name to Women's Aid Center. Unfortunately, a group of judges is letting the clinic off the hook.

The clinic owner, Larisa Rozansky, has argued that the Women's Aid Clinic, which filed for bankruptcy before closing in 2011, has no money to pay the fine and that her new clinic, the Women's Aid Center, is an entirely separate entity that cannot be held responsible......

The Illinois Department of Public Health challenged that interpretation, pointing out that the new clinic has two of the same phone numbers as the old clinic and that for a while it had the same website and location. The state sought $3,135 held in the new clinic's bank accounts, arguing that the money could be traced to the old clinic.

The old clinic was fined $9,000 for failing to specify in writing which medical conditions would make a patient ineligible for an abortion, a violation stemming from the care of Ross, who died of severe pneumonia a few hours after a first-trimester abortion. The clinic was also fined $18,000 for failing to hire a registered nurse to supervise care and circulate in the operating room, and $9,000 for sanitary and equipment issues.

FULL STORY
Posted by Right to Life of Michigan at 1:54 PM 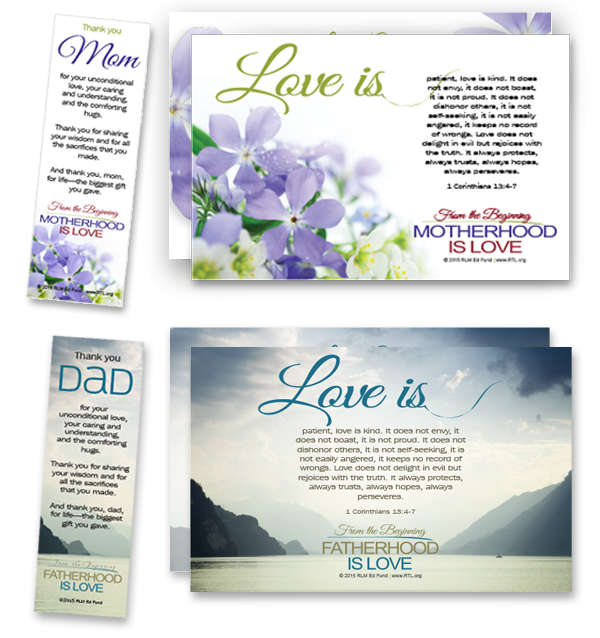 Bulletin Inserts: 7¢ each
Bookmarks: 10¢ each


Order your bulletin inserts and bookmarks today for Mother's Day
(May 10) and Father's Day (June 21). Supplies are limited.