The Detroit Free Press has a wonderful story about how the University of Michigan Hospital System has become one of 13 in the country to perform surgery to partially correct spina bifida while unborn children are still in the womb.  Over the summer, surgeons operated on Kasey Hilton and her son Carter.

On July 29, doctors wheeled her into an operating room at C.S. Mott Children's Hospital at U-M at 9:30 a.m.

Surgeons first opened her abdomen and uterus. With Hilton's vitals still steady, doctors then began the surgery on the 23 1/2-week fetus inside her.

Now separately anesthetized, the single-pound fetus was gently turned and held into place by gloved surgical hands. Its tiny spine was exposed to a pediatric neurosurgeon, who separated some of the abnormal tissue, then closed the skin over the exposed portion of the spine while making sure not to disturb the underlying nerve tissue in the spinal cord.

A specialist monitored the ultrasound for signs of fetal distress.


Kasey Hilton also has a blog in which she chronicles the surgery, her pregnancy and Carter’s journey.

Posted by Right to Life of Michigan at 9:32 AM

National Prolife Leader was No Stranger to Michigan 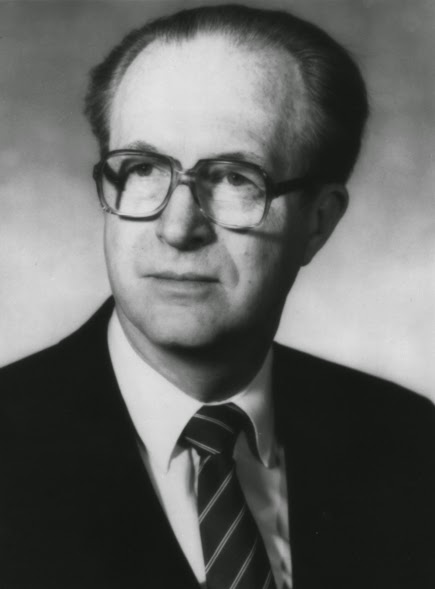 Dr. John C. Willke, who is known to many as the father of the prolife movement, passed away Friday, February 20, 2015, at the age 89. Dr. Willke and his late wife, Barbara, co-authored a dozen books providing an educational foundation for the prolife movement. The Willkes were more than prolific writers; they extensively traveled around the United States and abroad to share the truth that each and every person has the right to life. For a decade, Dr. Willke served as president of National Right to Life from 1980-1983 and 1984-1991.

Dr. Willke was visiting and educating people in Michigan regarding the dangers of abortion prior to Roe v. Wade. He spoke against Proposal B of 1972 a ballot proposal which would have allowed abortions during the first 20 weeks of pregnancy. The people voted on the ballot proposal on November 7, 1972, and it failed.

Dr. Willke's prolife legacy lives on. Dr. Willke's selfless dedication and contributions to the prolife movement will not be forgotten.
Posted by Right to Life of Michigan at 12:03 PM

An abortion clinic near the Michigan border in South Bend, Indiana may soon close as Indiana's State Department of Health has filed paperwork to revoke the license of the clinic. The paperwork was filed after inspections found numerous violations and the clinic made no effort to resolve them.

The clinic's abortionist, Ulrich Klopfer, has had a variety of run-ins with the law including his failure to report statutory rape after performing abortions on 13-year-old girls.


Indiana’s complaint cites recent and recurring violations from inspections as evidence the clinic isn’t following state laws and “is detrimental to the welfare of clinic patients.”

An October inspection cited 27 regulations the clinic did not meet, including proof of staff certification, clinic procedures and disposal of expired medication. The report also details clinic shortcomings, including that 15 out of 30 patient files showed patients were not monitored by qualified personnel other than the doctor while under conscious sedation during an abortion procedure.


FULL STORY
Posted by Right to Life of Michigan at 11:10 AM

Be Truthful When Changing Positions on Abortion

In response to a recent editorial by State Representative Brandon Dillon discussing his position change on abortion, Right to Life of Michigan's Genevieve Marnon sent the following editorial to MLive.com.


State Representative Brandon Dillon has made a very public statement about his “evolution” from defending the right to life of babies preparing to be born to being an advocate of the legal “right” to kill babies through abortion.

While I commend Dillon for being attuned to the social conditions affecting abortion, he never explained why he stopped believing it was a violation of basic human rights and civility to kill an innocent unborn human being. For him, abortion is now only about the woman's perspective and the circumstances of her life. The moral status of the most defenseless members of the human family is no longer relevant to him.

He claims that life is precious, but in his new opinion, human life before birth is no longer worthy of being protected from violent death.  Dillon says that conversations with women helped change his mind. What about the millions of prolife women in Michigan, like me, who desire protecting the unborn and helping women?  And, shouldn’t the rights of the 13,000 female babies killed through abortion each year in Michigan matter, too?

As justification for abandoning his prolife position, Dillon cites life-affirming laws -- yet blatantly mis-characterizes those laws. For example, he stated that a 2012 law requiring the licensing and inspection of abortion clinics was “nothing more than an attempt to harm women.” For 40 years abortion businesses were allowed to operate unchecked by the state which resulted in horrific conditions at some. In truth, that law shut down the unsafe abortion businesses and brought health standards to those businesses remaining.

It is a sad day when someone who once believed it was his job to make laws protecting all human beings abandons that belief. It is Rep. Dillon's prerogative to change his views; however, he is not entitled to put forward falsehoods to justify himself. Switch sides if you will, but please have the decency not to offer deceptive information as cover for your decision.
Posted by Right to Life of Michigan at 10:03 AM

On Friday you will have a unique opportunity to be inspired in your prolife work! Mary, who is featured in the Right to Life of Michigan state-wide television ad, will be joining us for an informative Teleseminar.

It has been an exciting start to 2015. Because of your support, prolife television ads are reaching people with a message of life and hope.

Plan now to take your Friday morning break with Right to Life of Michigan and meet Mary!

This prolife teleseminar is open to the public. Feel free to share this message with your friends and family members.

Or, join the teleseminar by visiting this web site
Posted by Right to Life of Michigan at 11:07 AM

After three recent cases of newborn children being abandoned in Michigan, HOMTV intern and Central Michigan student Erica Francis produced the below video to help educate the public on Michigan’s Safe Haven law.  The video includes an interview with Right to Life of Michigan’s Genevieve Marnon.

Michigan's Safe Haven Law went into effect January of 2001 and has since saved the lives of some 120 babies, including 12 in 2014.

Under the state law, you can leave your baby with a staff member at any hospital, fire station, police station or any emergency service provider that's on duty as long as your baby is not more than 72-hours-old.

Posted by Right to Life of Michigan at 11:13 AM