Abortion: the only right that matters?

On April 19 a federal appeals court struck down an Indiana law that banned abortions based on the child's race, sex, or disability status.

The ruling was very simple: "The Supreme Court has been clear: the State may inform a woman’s decision before viability, but it cannot prohibit it," Judge William Bauer wrote.

Roe v. Wade recognizes zero limit on abortion before viability (and no real enforceable limit after viability). That's it. Abortion is sacrosanct. A right not even worth a footnote in the actual Constitution takes precedence over real rights included in it. The 14th Amendment due process protections mean you can't deprive someone of their life because of their race.

The ability to take the life of your child is so sacred in the minds of some that they embrace without question violent manifestations of racism, sexism, or able-ism.

Should it be legal to violently take the life of a child in the womb because of their race? Roe v. Wade says it has to be, and so do abortion supporters.

Should it be legal to violently take the life of a child in the womb because she's a girl? Roe v. Wade says it has to be, and so do abortion supporters.

Should it be legal to violently take the life of a child in the womb because of a cleft palate? Roe v. Wade says it has to be, and so do abortion supporters.

The prolife movement often makes the argument that support for abortion is also wrong because it degrades how we value humanity in general. Look no further than in how abortion is a tool for the largest form of sex-discrimination in history.

By some estimates, more than 160 million women are missing because of sex-selection abortions. Yet when our highly-respected public officials like former Vice President Joe Biden travel to China and have a chance to confront them for violations of basic human rights, they flub it. Joe Biden even went so far to say that he "fully understands" China's brutal one-child policy, and wouldn't "second guess" it.

So, how does one become so morally warped that they don't think 160 million missing women deserves even a second guess? By believing that the value of human life always depends on the circumstances.

Today, it's fashionable to be at the forefront of movements to expand rights and privileges. When the people in groups considered unprivileged collide with our regime of abortion-on-demand, however, abortion always wins. Abortion declares that the ultimate value of those groups of human beings is purely subjective; it's all up to your opinion.

The horrific nature of abortion means those who support it inevitably become incapable of seeing horror in abortion in any form, because once you do, the foundation comes crumbling down.
Posted by Right to Life of Michigan at 4:40 PM 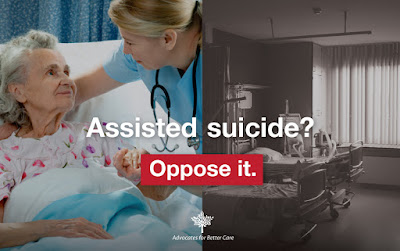 Some young women are pressured into having RU-486 abortions, either by family and friends or the abortion facility staff after expressing doubts. Some undergo that abortion procedure without fully understanding the consequences. Others are conflicted and go through with them, only to instantly regret their choice that ends with the death of their child. There was little hope for these women until now.

The reversal process is simple, using a natural progesterone treatment approved by the FDA to help prevent miscarriages. The treatment has been used to try to save pregnancies for decades, and is now being used to combat the progesterone-starving effects of the RU-486 abortion pill.

The study used a conservative benchmark of only 25% of children surviving when their mothers took only RU-486 and not the second pill in the medical abortion regimen.

The study also noted that there was no increased risk of birth defects of preterm births, and further noted that progesterone had been used safely in pregnancy for decades.

Though abortion advocates are still clamoring that this procedure is junk science, it is hard to deny its effectiveness when there are lives being saved. They certainly have a vested interest in keeping women in the dark about this potentially life-saving procedure.
Posted by Right to Life of Michigan at 4:52 PM