Zombies are frightening. Even though they are dead inside, they keep shambling around the landscape, devouring the brains of unsuspecting victims, consuming the lives of millions in an apocalypse of Hollywood proportions.

Forget for a moment that it's the abortion industry that wants to suck the brains out of children or sell them for science experiments.

The pro-abortion news website Rewire recently published an article about how the Democratic candidates for Michigan governor are committing to do everything in their power to make sure abortion remains totally legal and unregulated. The candidates promise they will repeal Michigan's pre-Roe v. Wade "zombie law" that protects unborn children, if elected.

What is this "zombie law"? Since 1846, Michigan has legally protected the lives of unborn children. The most recent update of our law is from 1931. If Roe v. Wade is overturned, this law may have an opportunity to go back into effect.

Abortion supporters like the three Democratic candidates running for Michigan governor call this a "zombie law" because they somehow believe it's already dead. Except that's not true at all.

Just a few weeks before Roe v. Wade and its companion case Doe v. Bolton overturned the laws of all 50 states and forced abortion through all nine months of pregnancy for any reason on America—and the lives of nearly 60 million innocent human beings—Michigan voters had a chance to vote on the "zombie law." Abortion supporters tried to repeal it through Proposal B of 1972, but 60% of Michiganders voted to keep our law.

Can you really call a law that got a supermajority of support last time it faced the voters "dead"? Can you call a law that's actually still in legal effect "dead"? We don't think so.

Roe v. Wade, however, is definitely a case befitting the walking dead. Only 13% of Americans believe abortion should be generally legal in the third trimester, but that's law of the land because of Roe v. Wade and Doe v. Bolton. That's 87% of Americans who oppose its effects.

Roe v. Wade is legally indefensible. Even Justice Ruth Bader Ginsburg can't give you a legally-compelling reason to believe Roe v. Wade was decided correctly based on the law. Laurence Tribe, a well-known lawyer and abortion supporter, is forced to admit, "One of the most curious things about Roe is that, behind its own verbal smokescreen, the substantive judgment on which it rests is nowhere to be found."

Roe v. Wade has the outer husk of an actual judicial decision, but it is dead inside and dangerous to innocent lives. That's much different than our state law, which is based on facts like the humanity of unborn children, and has received large public support.

Once you get past the verbal smokescreen of terms like "zombie law," you can see where Abdul El-Sayed, Shri Thanedar, and Gretchen Whitmer actually want to take Michigan if elected governor. None of these extreme abortion positions featured in the Rewire article have broad popular support:

Think about that. These three candidates are demanding that women in the third trimester can walk straight into an abortion clinic and begin a partial-birth abortion that day. The child is birthed until only their head remains in the birth canal. The abortionist then stabs the child's head, and sucks their brains out. You will be forced to pay for this real act of zombie-esque violence. If you work in the medical field, you will be forced to participate. If something goes horribly wrong during the procedure, nothing will happen because the state won't be regulating abortion clinics anymore.

Is that "women's healthcare"? It's not enough for these candidate to affirm Roe v. Wade and abortion through all nine months of pregnancy for any reason, they demand every popular, common-sense abortion regulation that's been upheld by the U.S. Supreme Court since 1973 be repealed.

Like a zombie, the abortion extremism of these three candidates refuses to stop. Their positions resemble something closer to Resident Evil than the opinions of most Michigan voters, and we eagerly await the opportunity to educate Michigan citizens about these on-the-record promises in the coming months.
Posted by Right to Life of Michigan at 11:13 AM 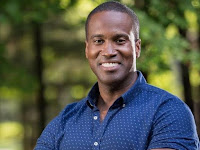 In the 2018 Primary Election for U.S. Senate, only one candidate received the Right to Life of Michigan Political Action Committee Endorsement. Why?

From his service to the nation as an army captain, to his enthusiasm for Michigan, to being the only 100% pro-life candidate in the 2018 U.S. Senate election, there are many reasons for everyone to love John James. If James won the election, this would mean that there would finally be a prolife voice representing Michigan in the U.S. Senate.

James’ educational background includes a Bachelor of Science from the U.S. Military Academy at West Point, a Master of Supply Chain Management and Information Systems from Penn State University, and a Masters of Business Administration (MBA) from the University of Michigan.

When he returned to Michigan after his service, he was inspired to continue serving by working in his local community: “I am called to a life of service. I want to serve my country and my community and my state. When I would come back from Iraq on leave during the great recession, the economic and societal devastation I saw here in my own state floored me.”

From his work in his family business, James Group International, he and has created 100 jobs in Michigan since 2012.

James describes himself as unapologetically prolife. He said, “We must commit ourselves to protecting the sanctity of life, born and unborn. I am 100 percent prolife.”

He currently lives in Farmington Hills, Michigan with his wife Elizabeth and two young sons.

James’ opponent in the Republican primary, Sandy Pensler, has claimed to be prolife, but has also has openly admitted to believing that abortion is permissible in some cases, and he ran for congress in 1992 as a pro-choice Republican. John James’ firm position with the prolife movement makes him the 100% prolife candidate in the Senate election.

Judge Kavanaugh is undeniably qualified to serve on the Supreme Court. Yet before his nomination was even announced, criticism began. The Women’s March embarrassed itself by sending out a press release naming the nominee as “XX.” They forgot to paste in the name of the nominee before predicting a “death sentence for thousands of women.”

The potential that Kennedy’s replacement may create a majority in favor of overturning Roe v. Wade is the cause of these unhinged reactions. What would actually happen if Roe was overturned?

It’s important to note that thousands of women across the fruited plain will not die in childbirth, or however else the Women’s March expects them to brutally die at the hands of the nefarious Justice XX.

What would actually happen is the U.S. Supreme Court would correctly recognize that the U.S. Constitution is silent on abortion. Abortion laws would once again be in the hands of the voters to choose.

Letting voters choose abortion laws poses a serious problem for pro-abortion organizations. A vast majority of Americans reject the effects of Roe v. Wade and Doe v. Bolton, which together legalized abortion-on-demand through all nine months of pregnancy.

More than 90% of abortions are done purely for social or economic reasons. According to the Gallup poll, only 45% of Americans believe first trimester abortions for those reasons should be legal. Roe v. Wade takes away any opportunity to address that in any significant way.

If we want to uphold our core democratic values, we must not reject fair judges simply to disenfranchise a majority of American voters. Groups calling themselves “pro-choice” should welcome the opportunity to give voters a chance to debate abortion in the public square.

Would Judge Brett Kavanaugh potentially be the fifth vote to overturn Roe v. Wade? We won’t know until we get there. If we do, we have nothing to fear but democracy itself.

Posted by Right to Life of Michigan at 4:54 PM