Will Sex Ed End Abortion? No, it Won't 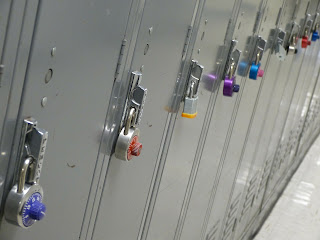 Ray Buursma recently wrote an editorial in the Holland Sentinel entitled, "Time for Pro-Lifers to Lobby for Sex Education."

On December 3, Buursma wrote an article accusing the prolife movement of scamming people, claiming that we don't really want to end abortion. He issued a challenge, saying that if anyone can show him that laws limiting abortion have been passed in Michigan or nationally, then he will admit his mistake!

On December 6, the Holland Sentinel published our response, in which we noted such laws we've passed. Sadly, the Holland Sentinel chose to delete a paragraph featuring our most compelling example, our 1988 ban on Medicaid-funded abortions that has reduced abortions by more than 225,000 since then, according to our best guess. We pointed out that we accomplished several important things in the last eight years with Governor Rick Snyder, who wasn't honestly prolife.

Buursma admitted our response makes a point, but he stopped short of admitting his mistake. He said our response wasn't good enough, and even though we had a governor who wasn't prolife, we should have done more.

He then quickly shifts the conversation from his concern for our supporters being duped by us to blaming those same supporters for stopping us from focusing on sex education. Buurmsa's criticism is a frequent argument we hear: we should be reducing abortions by stopping our efforts to educate people about the value of unborn children and stop advocating for their legal protection. Only by focusing on sex education (or contraception) can we achieve abortion reductions, they say.

First of all, what then? Let's say totally devoting ourselves to sex education and contraception cuts abortion rates in half (let's believe that bad assumption for a moment). What then? Instead of nearly 1 million abortions a year, we still have 500,000 a year, a titanic loss of life on par with cancer or heart disease. What then? Are prolifers then allowed to educate others about the value of every human life and seek their legal protection?

Buursma tellingly never mentions eliminating abortions, only reducing them. Why reduce abortions? If you think abortion takes the life of an innocent human being, what's an acceptable legal level for that? Who would argue we should cap homicides at 10,000, and not care so long as the number stays below that?

A study of the Texas panhandle region showed that the teen pregnancy rate decreased dramatically after the 19 Planned Parenthood locations in the area closed. Planned Parenthood is the country's leader in promoting contraceptives and sex education for teens in America, so if Mr. Buursma were correct, what went wrong with the study? Shouldn't their leaving a region of Texas show a drastic increase in unplanned pregnancies?

Much of the decline in teen pregnancy rates in the past several years can be attributed to teens having less sex overall. From 1991 to 2017, the Centers for Disease Control and Prevention’s Youth Risk Behavior Survey found the percentage of high-school students who had engaged in sexual intercourse dropped from 54 to 40 percent.

Perhaps Buursma should be suggesting remedial sex education classes for women in their 30s rather than focusing on teens.

Perhaps instead he should focus his message on Planned Parenthood itself. In Michigan, 51.4% of all abortions are repeat abortions. 23.1% of all abortions are done on women who've already had two or more abortions. Women are visiting Planned Parenthood for abortions, and many keep coming back again and again. What is the nation's leader in contraception and sex education doing about this repeating cycle of abortions in older women, other than profiting from it?

In his article, Buursma lauds a few countries as examples for us to emulate. However, there are many other countries that mandate sex ed who have high abortion rates. It's worth noting some countries Buursma mentions have significantly more restrictive abortion laws than the United States. Germany mandates a three-day waiting period, bans many late-term abortions, and women have to receive counseling at a government-approved center. These are laws that would cause Planned Parenthood to meltdown and declare that America is indeed the Gilead depicted in the dystopian novel, The Handmaid's Tale.

Buursma mentions Scandinavia as one such place for us to emulate, yet Sweden's abortion rate (20 per 1,000) is significantly higher than America's (14.1 per 1,000). Sweden gets fawning media coverage of their sex ed program, so what gives Mr. Buursma?

England is a great example as our closest cultural sibling. England's teen pregnancy rate is well below ours, yet their abortion rate is higher than America's (16.7 per 1,000), and rising. Why? One reason is that when you subsidize something, you get more of it. In England, abortions are paid for by their universal healthcare plans. In addition, the advent of non-invasive prenatal testing is meeting the juncture of aging societal demographics of sex, marriage, and childbearing. Babies are being screened prenatally for any possible disability and then destroyed through abortion if found "defective."

Why do countries that heavily promote contraception and sex ed still have large numbers of abortions? Could it be that because once abortion is made legal, many believe it is acceptable, even good? Could it be that we have so devalued human life that society now feels it is OK to destroy a mere "fetus" due to our circumstances, aspirations or the child’s potential disability? We treat a child a day before birth as property, but a child a day after birth as totally human. Though, even that's becoming a shaky proposition as some circles argue the infanticide of disabled babies is morally good.

Ending abortion will not come from sex education or more contraceptives. Right to Life of Michigan doesn't even take a position on true contraceptives or sex ed in general. In some ways, they are irrelevant to achieving our mission. According to the Guttmacher Institute that Buursma cites, 51% of women having abortions were using contraceptives in the same month of the abortion. They've already taken sex ed, and it didn't help them.

The latest public relations campaign of the abortion industry, "Shout Your Abortion," claims abortion is a good thing. They are willing to say abortion is an acceptable method of birth control itself. They've taken sex ed, and they frankly don't care. They don't want to reduce abortions at all. Really, that's a more coherent position than Buursma's. Either abortion is a horrific moral injustice or it's not at all. A child in the womb has human rights or they don't.

Only when society embraces once again the ideal that every single human being is equal and entitled to legal protection will we see the end of legalized abortion.
Posted by Right to Life of Michigan at 1:25 PM