Why do Republicans want to undermine an organization that provides mammograms, cancer screenings, and blood pressure checks? #StandwithPP 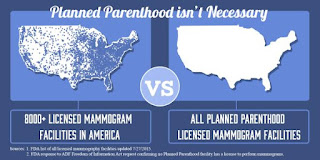 Posted by Right to Life of Michigan at 2:48 PM